Kenneth Reams : A Man Trapped in a Flawed System 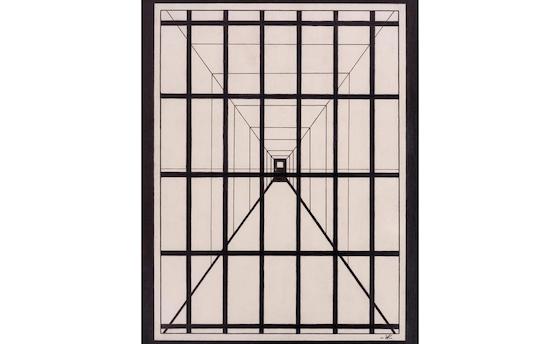 “My name is Kenneth Reams. I’ve been on death row since I was 18 years old.  I never killed anybody. With the help of art, I’m fighting to save my life.”

May 1993, Pine Bluff, Arkansas, Kenneth Reams, an African-American of 18 and his friend, Alford Goodwin, 19, had planned to commit an aggravated robbery (aggravated robbery is a serious crime that involves not only a theft but also injuries to the victim[1]) at a bank automatic teller. The reason was that Goodwin needed the money for a cap and gown for his graduation. Reams confessed that he and Goodwin, who was armed with a .32 revolver, waited at an ATM for someone to drive up so they could rob them. He further explained how he and Goodwin accosted Turner’s vehicle at the machine, and how Goodwin shot Turner. It was not in the plan to take someone’s life, but that is exactly what occurred when Goodwin demanded money from the motorist, Mr. Turner. Turner refused the demand and Goodwin then shot and killed him.

As clear as it can be, Kenneth Reams was and still is no killer. Goodwin handled the weapon and shot the victim alone without any suggestion or order from Reams. Months later, Alford Goodwin would take a guilty plea for his part in the crime and be sentenced to a lifetime in prison without parole. A few days later, Reams would face a jury trial.

In my opinion, Kenneth Reams’ case exemplifies one of the numerous injustices related to the administration of the death penalty in America, and everywhere else. The trial prosecutor excluded black potential jurors on the basis of race and withheld from the defense critical evidence that would have undermined the state’s case against him. Even though Reams was not the actual shooter of Mr. Turner, the state condemned him to the death penalty. His legal representation is totally scandalous. A part-time public defender who did not properly investigate the case was attributed to Reams. He did not retain the necessary experts and did not properly challenge the government’s case against him. During the trial, his attorney did not even solicit Alford’s testimony that he, not Reams, shot the victim. Furthermore, Reams was the only witness to testify that he did not shoot and kill Mr. Turner. With that, Reams became the youngest inmate on death row in Arkansas, at only 18.

For more than 20 years, Reams has remained in solitary confinement on death row in Arkansas, fighting against his execution. His room measures 2 by 3 meters. The front wall includes two tiny windows across from a larger one of 10 cm. Reams can only see another wall when he looks out.

The only contact he can have with the outside world is with the only telephone of the jail. According to Kenneth Reams, to be sentenced to death while Alford Goodwin was sentenced to a lifetime in prison without parole is an enormous injustice. I don’t have a choice but to completely agree with and support him.

In addition, what about the fact that a state can have the power of deciding who has the right to live and who doesn’t ? Without a doubt, the death penalty violates the most untouchable human right : the right to life. As it is inhuman, degrading and cruel, no one should be punished that way.

The death penalty is absolutely discriminatory and does not stop the criminality. It is often used against the most vulnerable in society, such as religious minorities, different ethnicities or even people with mental disabilities. Some governments use it to silence their opponents. Where the systems are flawed and unfair trial accepted, the risk of executing an innocent person is constantly present; because when capital punishment is carried out, there is no come back. Often mistakes that are made cannot be unmade. A harmless person may be liberated for a crime they did not commit but killing cannot be reversed. All over the world, eight people were accused of killing in 2018 and were found innocent after.

When a family has lost loved ones by unspeakable criminalities, they have clearly a right to see the person guilty held accountable in a fair trial, without minimizing or condoning the crime. As many families who have lost loved ones have said, the death penalty cannot honestly relieve their grief; it just prolongs the suffering of the family of the convicted person. So, under no circumstances, should the death penalty be called “Justice” or “Law”, because it is pure revenge. It is a premediated and cold blood killing of a human being by the state. No one, not even the state, can exercise the greater power over a person than that of voluntarily and consciously depriving him or her of life. Any society that executes offenders is committing the same violence it condemns. In 2020, retaliation (“an eye for an eye”) has no more space in our developed cultures, because we are all humanitarian : involved in improving people’s lives and reducing suffering.

Any form of execution is inhumane. The lethal injection is often publicized as more humane as, on the surface, it appears less barbaric than other forms of killing such as beheading, electrocution, gassing and hanging. No matter what reason a government gives for executing prisoners and the method of execution used, the death penalty cannot be separated from the issue of human rights. Human rights apply to the best of us – and the worst of us.

The Universal Declaration[2] recognizes each person’s right to life and categorically states further that “No one shall be subjected to torture or to cruel, inhuman or degrading treatment or punishment.” Even the UN has declared itself in favor of abolition and many governments have recognized that the death penalty cannot be reconciled with the respect of human rights.

Internationally agreed laws and standards stipulate that the death penalty can only be used after a fair judicial process. The irrevocable punishment of death removes not only the victim’s right to seek redress for wrongful conviction, but also the judicial system’s capacity to correct its errors.

As for Kenneth Reams, putting him on the death row did not stop any robbery in Arkansas. It was a clear act of revenge against Turner. As far as his penalty goes, it was a clear racist condemnation and nothing more. The state is ready to kill not an innocent man but to inflict a punishment for more than he deserved, even when Reams affirmed that he was not innocent. This killing is racial and blood killing. It was planned, organized and is going to happen by lethal injection.

In conclusion, I do not believe execution should be sentenced under any circumstances. It is not a mere killing; it is an assassination by the state. Such an act by a body of government is no different than a criminal’s willingness to use physical violence against a victim. How can a state condemn acts of violence when they are guilty of the same ? If states hope to prevent such violence, I believe they should lead by example, and eliminate death row (or execution) as a consequence. They have the opportunity to begin with Kenneth Reams. Not only would his death be cruel, for reasons given above, it would also be unjust. As Kenneth Reams is not responsible for the death of Turner, as well as the fact that it is an inhumane act, I believe Reams should be removed from death row.