Corporate responsibility for international crimes before the International Criminal Court 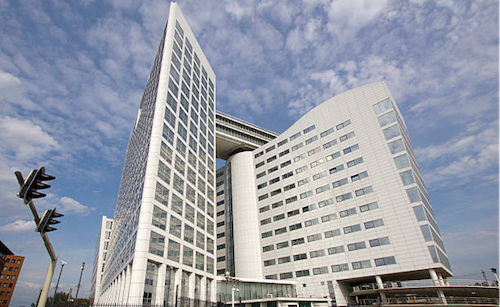 Societas delinquere non potest – « Corporations cannot be guilty of criminal offenses ». For the longest time, this adage inherited from Roman tradition has been the cardinal rule of criminal corporate responsibility in the West. Yet, this rule has been increasingly challenged in recent decades. Emblematic of this possible normative change is the Lafarge case.

Amidst the 2011-2014 Syrian civil war, a subsidiary of Lafarge « Lafarge Cement Syria » maintained its activities, which allegedly included buying raw materials from diverse armed jihadist groups, including the Islamic State[1]. In 2016, a coalition of NGOs brought the case before the French legal system on charges of complicity in war crimes and crimes against humanity, among others[2]. On the 7th of September 2021, the French Cour de Cassation confirmed the charges and instructed the investigative chamber to take a new decision[3].

Particularly interesting for the purposes of our article is that the defendants include not only the senior executives at the time and the current CEO of Lafarge, but also Lafarge itself as well as its aforementioned subsidiary[4]. This case thus shows how necessary it is to have jurisdiction over all persons: had only the natural persons been tried, the corporation would have been able to flourish despite having allegedly contributed to international crimes. If the legal person was punished alone, then the people who allegedly committed the crimes would face no consequences.

Although this complementarity seems intuitive, the International Criminal Court (ICC), typically considered the most important jurisdiction regarding international crimes, can only prosecute natural persons[5].

Why then, does the ICC not have jurisdiction over legal persons? And would it be feasible for them to gain such jurisdiction?

It was not always a given that the ICC would exclusively hold jurisdiction for natural persons. During the diplomatic conference in Rome, the possibility of trying corporations for international crimes was discussed extensively and culminated in an elaborate proposition put forth by the French delegation[6].

The French proposal was as follows:

« Without prejudice to any individual criminal responsibility of natural persons under this Statute, the Court may also have jurisdiction over a [juridical person], if:

(a) The charges filed by the Prosecutor against the natural person and the juridical person allege the matters referred to in subparagraphs (b) and (c); and

(c) The crime was committed by the natural person acting on behalf of and with the explicit consent of that juridical person and in the course of its activities; and

(d) The natural person has been convicted of the crime charged.

For the purpose of this Statute, « juridical person »  means a corporation whose concrete, real or dominant objective is seeking private profit or benefit, and not a State or other public body in the exercise of State authority, a public international body or an organization registered, and acting under the national law of a State as a non-profit organization.[7] »

Before examining why this proposal was rejected by the Conference, let us look at its content.

Firstly, a corporation may only be tried if the natural person criminally implicating the corporation is also charged. The natural person must also have acted on behalf of and with the explicit consent of the legal person. Both of these aspects reflect the agency theory of corporate responsibility, which argues that legal persons cannot act by themselves, but only through their organs[8].

Furthermore, only the employees « in a position of control » may implicate the corporation. The French proposal also requires a link between the agent and the legal person by necessitating the crime to be committed « in the course of the corporation’s activities ». This is a corrective measure which keeps corporate responsibility from extending too far, in the case of an employee whose criminal behavior has nothing to do with their employer[9].

In many aspects, this proposal is fairly restrictive, which is why its non-inclusion in the final text may seem surprising. Partisans of corporate responsibility would argue that, in practical terms, prosecuting corporations as well as their executives facilitates restitution and compensation orders for victims thanks to their « deep pockets »[10]. As previously mentioned, corporate responsibility paired with individual responsibility also allows for the full accountability of all parties involved.

Although corporate responsibility as a concept did not cause much discord among delegations, implementing it within the ICC’s jurisdiction proved to be controversial.

One such controversy arose regarding the complementarity principle, which stipulates that the ICC should not overtake national institutions and should only intervene if a State is unable or unwilling to do so[11]. This principle is so fundamental that it has been consecrated twice in the Rome Statute: once in article 1, and a second time in article 17.

Although more and more national systems are embracing corporate criminal responsibility, the dominating doctrine in Roman legal tradition States of societas delinquere non potest meant that most States would be unable to prosecute corporations in their own courts and would thus be « unable » to do so, giving immediate jurisdiction to the ICC should the other requirements be met[12]. This would clearly violate the complementarity principle, making the ICC the main court for criminal corporate responsibility within State parties.

Another concern was that the ICC would not have the capacity to judge corporate cases, which demand greater resources than judging individuals. More specifically, some delegates feared that the court would become entangled in issues regarding evidence, as the Court might not have the resources needed to collect and examine the vast amounts of evidence usually involved in corporate cases[13].

Given that the French proposal explicitly excluded public entities from its definition of a legal person, some have considered that it was  « morally obtuse for States to insist on the criminal responsibility of all entities other than themselves »[14].

All of these arguments are understandable, and many still hold today. Although corporate responsibility now exists in many more States, it is not yet universally accepted – not even by all State Parties to the ICC. The Court’s limited resources remain a point of contention and so does giving the ICC the power to prosecute any entity but States.

It is, however, difficult to argue against corporate responsibility for international crimes when faced with the sheer power that transnational corporations hold in our modern world. Of course, some States such as France and the USA have legislation to prosecute corporations for their alleged international crimes, and NGOs such as Trial International and Sherpa show tremendous effort in bringing cases such as Lafarge’s activities in Syria before a court.

At the same time, international corporate crimes often go unpunished due to the profits they bring to the domestic State, and corruption or weakness in the host State[15]. This is especially true in cases of a « race to the bottom » , in which States wishing to attract investors will create an environment with little public interference[16]. Prosecuting extraterritorial corporate crime might also be a low-priority task for home States, especially considering the complexity of investigating abroad[17].